The GRiSP-Base board is a compact circuit board with built-in wi-fi, USB connectivity, and plenty of extra ports. See the full specs for the original GRiSP-Base, below, or the GRiSP 2 specs on Kickstarter.

The use of Digilent Pmod ports ensures that it is easy-to-extend with compatible hardware modules; for your custom input, output, and sensors, the 1-wire bus keeps it simple.

The software side of GRiSP is an Erlang-based custom operating system designed for minimal overhead and maximum ease-of-use. It is open-source and available on GitHub. 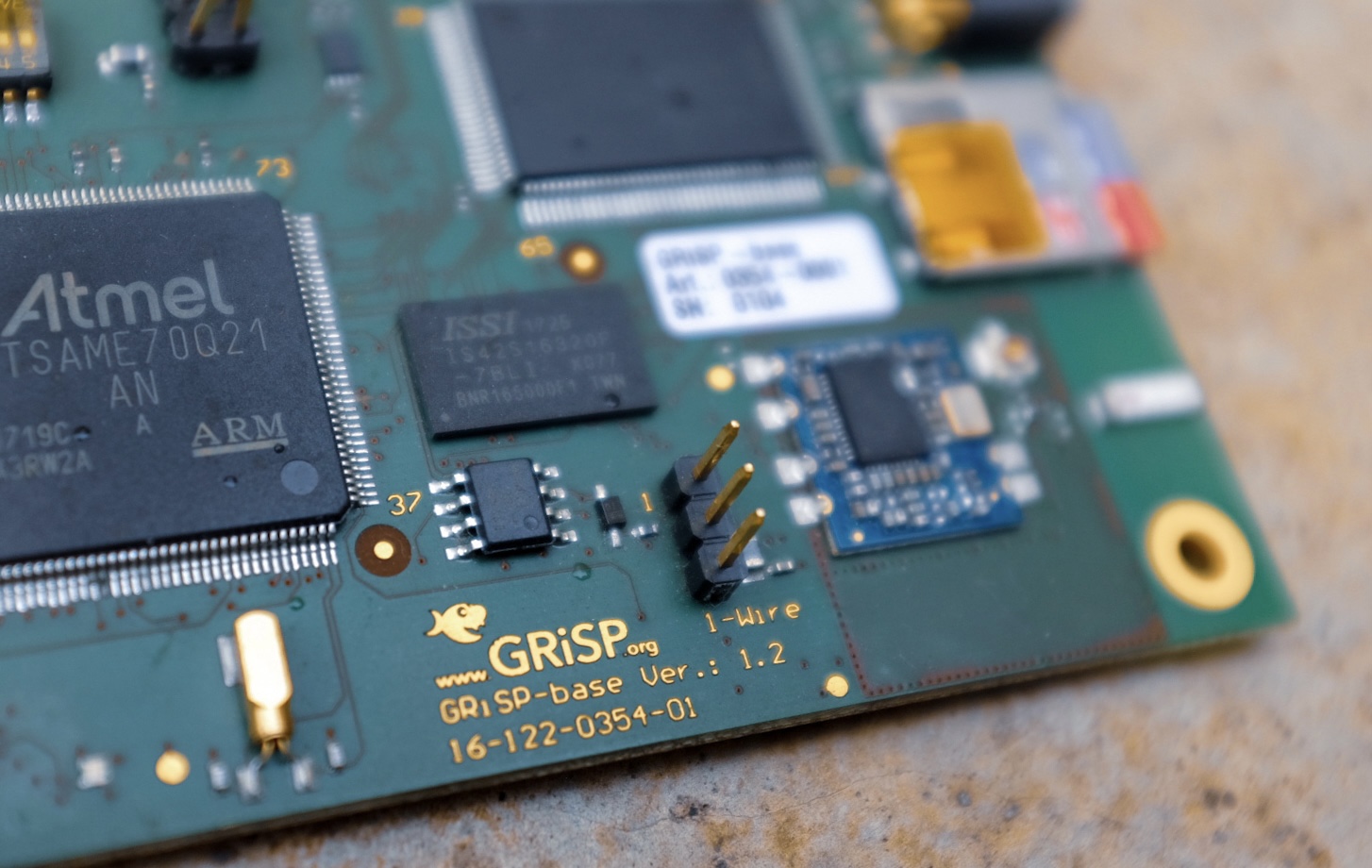 Erlang is a programming language designed for creating scalable, networked software systems. It has built-in support for concurrency, distribution, and fault tolerance. Why not integrate it with hardware devices?

There is a choice of drivers and network stacks: a minimal one for very small systems, a traditional BSD Unix-derived system, or a port of the current FreeBSD TCP stack supporting SMP and all kinds of modern architecture.

Speaking of symmetric multiprocessing: even though GRiSP-Base is so minimal, it features support for SMP hardware.

When Erlang is running on RTEMS there is very little latency between something happening on the hardware and a reaction on the Erlang level. There is strict control over what can pre-empt the Erlang VM: only hardware interrupts allowed. In practice, this means Erlang’s soft real-time is not as soft as on normal operating systems.

For the future, we plan to provide hard real-time processes on the Erlang level; GRiSP-Base will be the main test platform for this.

Use GRiSP with off-the-shelf hardware

The connectors on Grisp-Base are compatible with Digilent PMod accessories, providing access to dozens of affordable, ready-to-run expansion modules with sensors (accelerometer, gyro, compass, several temperature, general A/D, and even a GPS module) and actuators (motor drivers, RC-servos, audio out).

This gives us the opportunity to provide high-level Erlang drivers for most of those PMods. Since there will be port-drivers or native-implemented functions (NIFs) for the basic protocols, most of these drivers can be written in Erlang. Dropping down to C is very rarely necessary.

Compatible modules provide an easy entry point to small hardware development projects. The modular hardware you create would be reusable with future GRiSP versions, and other PMod-compatible boards. 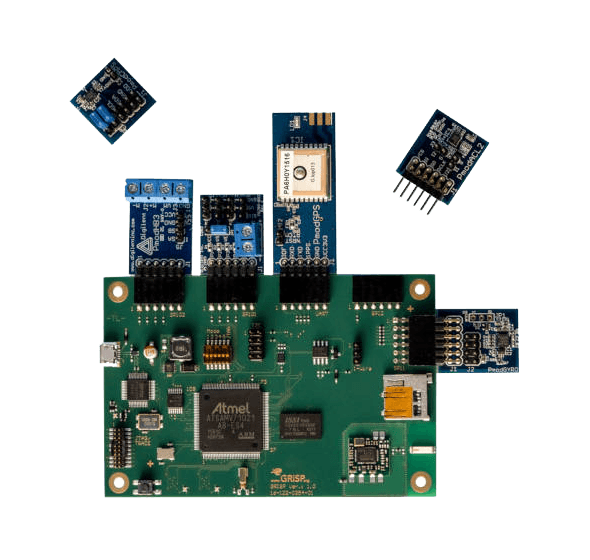 At the one wire connector you can connect many 1-Wire compatible sensors and actuators, literally with 1-Wire. (That’s actually a lie, you need a ground wire too!) 1-Wire is a bus and is built to support longer wires, so you could, for example, wire several digital temperature sensors all over an experiment, or a room, to this one connector. Also very conveniently all 1-Wire chips have a built-in worldwide unique ID so you can always distinguish your sensors.

In addition to all the I/O options with 1-Wire, there are many modules containing memory, from simple memory to security memory with cryptographic primitives built in. This opens up access control and other security applications. There are tokens for these applications which really only need to touch the connector so in this case, it really does work with one wire only!

Of course we will provide the necessary low-level C drivers. 1-Wire applications can also be written in Erlang.

How much can you fit on a board that fits in your hand? Quite a lot, actually…