New! GRiSP 2 is a Go! The KickStarter campaign was fully funded — including the stretch goals. If you contributed, thank you, and keep an eye out for updates. GRiSP 2 boards can be ordered now.

Don't miss out, get your GRiSP now!

We encourage you to pre-order now. The electronic parts market is a bit crazy at the moment (Production slowed down but the demand stayed high due to COVID-19).

The GRiSP-Base board was first announced in September 2016 at the Erlang User Conference in Stockholm. The first boards shipped in November 2017.

We have a few boards left in the shop if you don't want to wait for GRiSP 2. 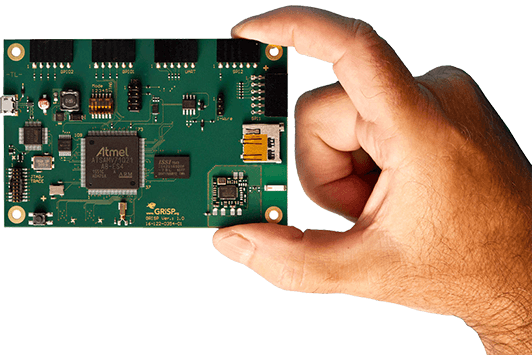 Sign up for email updates about GRiSP availability and in-person demonstrations. Or view our newsletter archive (since December 2017).

* Emails will be infrequent, around once per month, and you can unsubscribe any time; see our privacy policy for details.